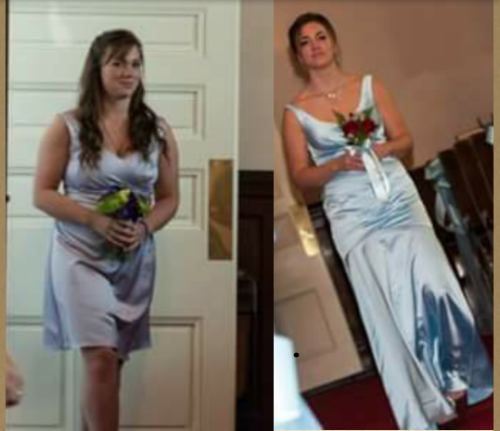 Lost most of the weight in the final few months of 2013 but i had no idea how big i used to be until i saw these two pics together.

some diet, some exercise..i do cardio but i used to be very scared of it. But you know what? ITS OKAY TO WALK SOMETIMES. My body was not in shape enough to run a full mile when i started. So i would run as far as i could and then i would walk to get my energy back. You gradually get in shape.

Next fancy dress will be for my own wedding in june..cant wait to see what happens between now and then 🙂