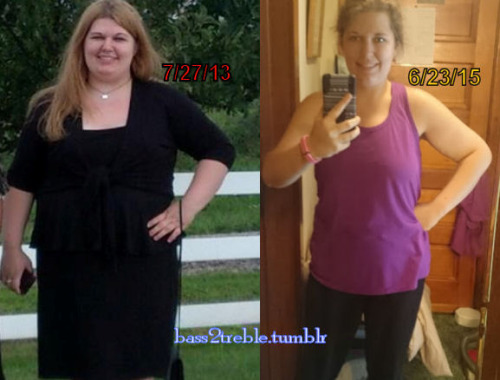 Not sure what my weight was in the first pic but it was the summer before I started getting healthier, so probably in the 240-250 lb range. I remember thinking I looked decent that day, y’know, by my standards, until I saw the pics when my mom posted them to FB. I was frustrated by the comments from family and friends even though they were complimenting my appearance. Not that I wanted people to say bad things, but I didn’t want to be encouraged – not for that. I wasn’t proud of that girl. I’d rather no one talk about my appearance at all, because it didn’t represent who I felt I was or should be. But it was the first of several wake-up calls. I let myself give in to the anxiety monster a little while longer before I’d finally had enough the following winter and got to work. Almost two years later and over 75 lbs down from my highest weight, I can take a compliment that I know is earned. 😉

Not sure what my weight was in the first pic but…
Tags: Weight loss, Fat loss, Before and after photos.