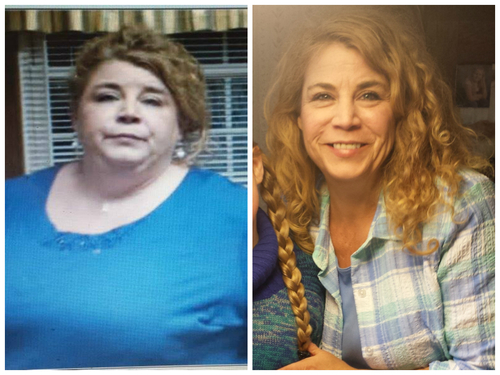 When she started her weight loss journey, she was at 305lbs. After losing the first 100lbs by the next year, she hit a bump in the road and over a period of time, gained it all back and more. She became depressed and withdrawn, around the time the picture on the right was taken. She finally picked herself up and made the decision to not let her ED get the best of her. She’s been working hard ever since then for the last 3 years to lose the weight, not with a fad diet but with exercise and eating right. And she’s still losing a pound a week!

I’m so proud of her and how far she’s come! She’s lost the weight of a whole person!

If you are ever down because of hitting a bump in your weight loss journey, think of her and how far she’s come after that.