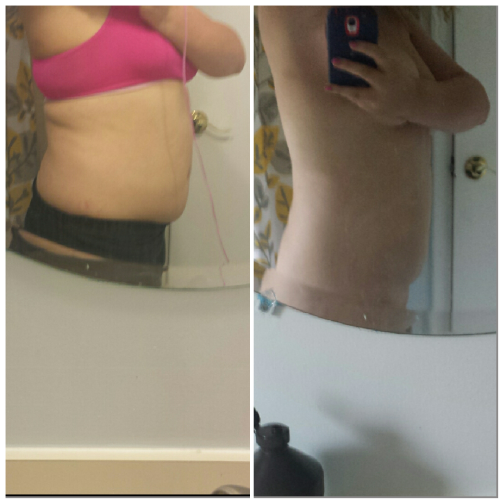 I’m 5’5. In the before pic I was about 180 lbs and it was taken in January. I walk about 90 ish minutes a day, workout (30 day shred), Eat healthier, and drink tons of water. The second pic was about March 14. Not sure how much I weighed there but its a visible difference (I think). Since Spring Break I have been slacking off A LOT and diffidently need to tips and support so if any of you guys out there are nice enough to message me it would be GREATLY appreciated! I’m far from where I want to be but closer than what I was so i’ll keep fighting!(:

freespirit-lolita submitted:  I’m 5’5. In the before pic I was…
Tags: Weight loss, Fat loss, Before and after photos.