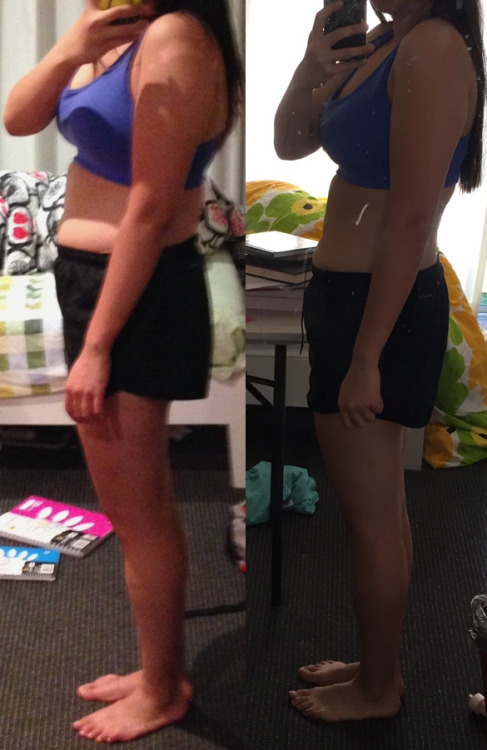 Hi there, I’m posting this as motivation to myself because I’ve had a bit of a bad couple of weeks in terms of my diet. The photo on the left was taken in February 2014, the photo on the right is from about a week ago, April 2015. Feb’14 was when I first purchased Kayla Itsine’s Bikini Body Guide, and when I swore to myself that I would lose weight this time round. I remember putting on those black shorts, because they hid the rolls on my stomach better and I actually thought they made me look skinnier at the time, lol. After numerous failed attempts at the BBG I finally restarted in March 2015. I’m about 6 weeks in now and it’s the longest I’ve ever stuck to a fitness program (my record previously was 2 weeks before I was like yeah nahhhhhhh)! I was SUPER strict on my diet for the first 3 weeks, and the weight literally came flying off. For the past two weeks however everything’s just been kind of going off – I think maybe I was TOO strict with my diet and something in my brain finally snapped and I just ate junk and binged for days straight. I still kept up my exercises and workouts but needless to say progress has slowed.

I would have honestly given up if this was the same me in Feb’14, but I know now that it’s not about how many times you fall, it’s about how many times you get back up! I’m determined to get my diet back on track and to finish the BBG and to be the better me I’ve always wanted to be! 🙂 I’ll definitely upload a final photo when my 12 weeks is up, and hopefully I’ll be closer to where I want to be!