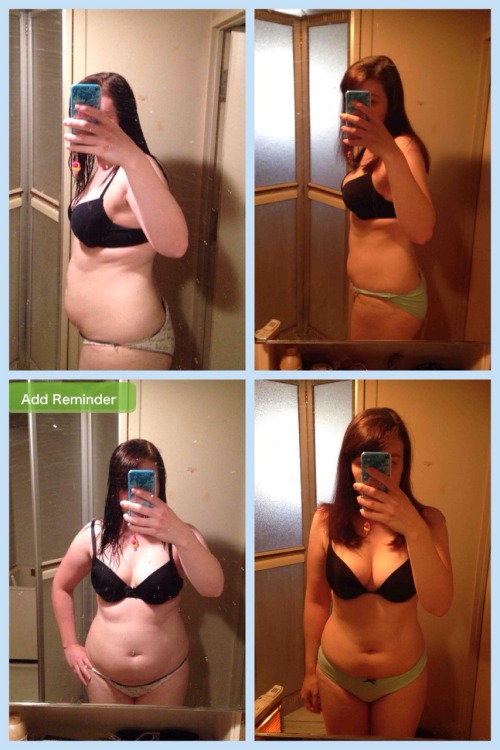 Before and during! I’ve been shy about sharing these but showed them to a friend today and she was very supportive 🙂

I’ve struggled with my weight all my life and kept trying to lose weight to feel better about myself. Last year I lost a lot then ended up gaining it back again. The before pictures are from right after I gained it back.

I may have gained it back but in the end I just proved to myself twice that I can do this!

Did this by eating better and working out, but making sure to have cheat days now and again. I can’t give up pizza!

Seeing before and after photos on tumblr has been such a great motivation! Congratulations to everyone who has been trying to get healthy! We’re all in the same boat and I’m cheering you on! ＼(^o^)／

lazyseal89:Before and during! I’ve been shy about sharing these…
Tags: Weight loss, Fat loss, Before and after photos.