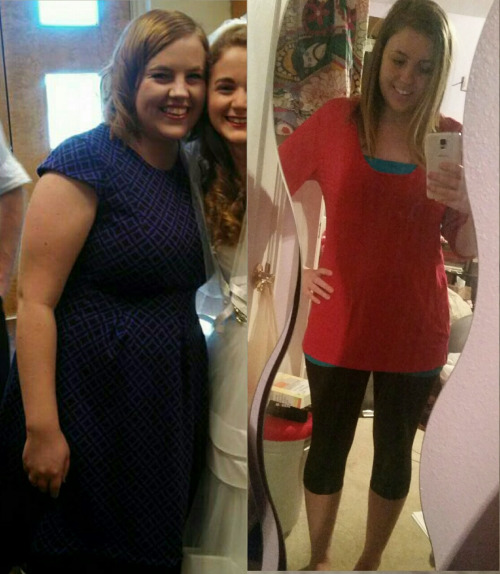 My first before and after!
Roughly a 40 pound difference between these pictures. The one on the left was taken December 2013 and the one on the right was taken May 2015, so just under a year and a half. I stayed at the weight on the left for about 6 more months after this though so all of my weight loss has actually happened in the last year.
So excited to see what happens over the next year!