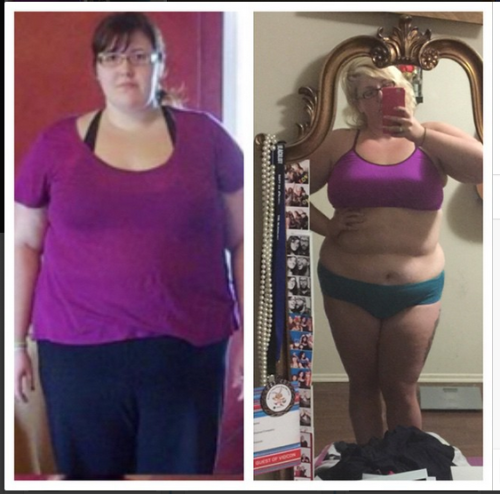 I’m not a former fat girl. I’m fat. I own that title because when it is yelled to you, whispered behind you, spat upon you…it weaves itself in your threads. That’s not my weakness, that’s my armor.

Two years ago I started a journey to health because I was unable to walk. I lost 70 pounds in less than a year. I weighed and measured every bit of my food. I walked until I could run. I did it the “healthy” way, but I also never left my home, never talked to anyone, became anxious about losing any type of control. Before I only thought about having food, after I only thought about not having it.

Everyone acts as if you lose weight and then comes being thin and finally comes happiness. It doesn’t work like that. Anything you carry in – you are carrying out. In fact, you’re carrying out more. Losing weight will never erase pain. It will never erase history. Wherever my body goes, as I do this slowly, healthily, full of respect for the process, understanding that love is not waiting for me but is right here if I choose it….I will always be fat. And, I will wear that badge proudly.

People have doubted me, treated my body as the pyre for them to burn their insecurities and fear upon. But every one of you has only made my will strong and my heart open. It is easier to fight your way through when there are so many people who have your back. So, this is what nobody talks about. This is the kind of body they won’t celebrate in the media and won’t show in magazines because it isn’t “done”. Life isn’t a before and after. It’s before and now. This is my body now and it is getting stronger every day. Thank you.

meghantonjes:
I’m not a former fat girl. I’m fat. I own that…
Tags: Weight loss, Fat loss, Before and after photos.