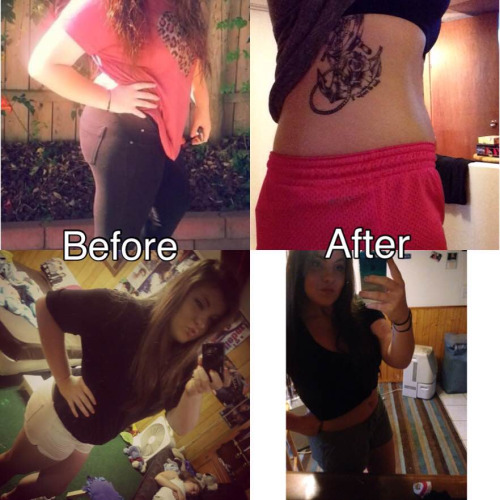 Hi, my name is Jessica. During 2013 I was cyber bullied. It was the most darkest thing I have ever experienced. I was called multiple names such as, fat ass, fatty, and jessica biggie. I was talked about almost every day on Twitter. I became depressed and even had suicidal thoughts at one point.

September 2014, the beginning of my junior year in high school, I made a decision that changed my life forever. I started working out (mostly running) EVERY SINGLE DAY. Since September 2014, now March 2015 I have lost 65lbs and I continue to lose more with my dream of being a U.S Navy Sailor.

To anyone out there in the world that is currently being bullied, things will and do get better. They did for me. I have never felt so confident and happy in my entire life. There’s nothing better than proving others wrong and there is no better revenge than a good body and genuine happiness with life and yourself.

Today, I continue to work out twice a day and eat healthy to pursue my goal of hitting 200lbs to enlist into the Navy hopefully by September of 2015.

If anyone has questions or need someone to listen or even need a motivation boost I am here to answer, listen and to motivate others!