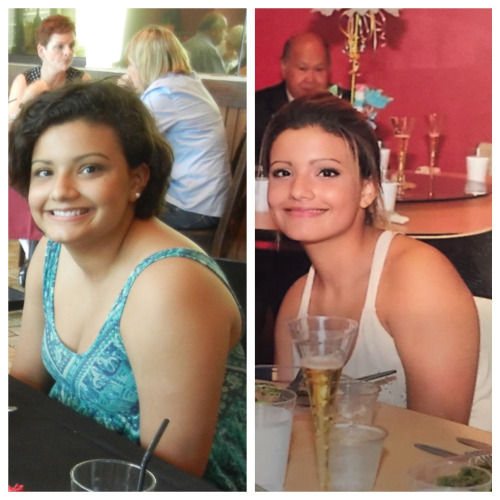 These aren’t the best pictures of me but thats not the point. The first picture I was 155 pounds or more! I was super unhealthy and unhappy. In the second picture I am 128 pounds, significantly happier, and in a much better place. I had terrible self esteem issues when I was overweight but I never thought that my weight was the issue. I ate fast food all the time, drank soda, ate a lot of red meat, didn’t do exercise, and the list goes on and on. After becoming vegetarian I became more conscience about what I ate and there for have lost 25+ pounds! I have cut out caffeine from my diet as well as all meats, cow milk, and most of if not all fast food. My body has changed so much! As you can see in the pictures my neck is thinner, my face is not as rounded, my arms are not nearly as large, and my back looks smaller as well. This journey has taken me nearly a year and I am not going to stop. Take care of your body it’s the only one you’ve got!

These aren’t the best pictures of me but thats…
Tags: Weight loss, Fat loss, Before and after photos.