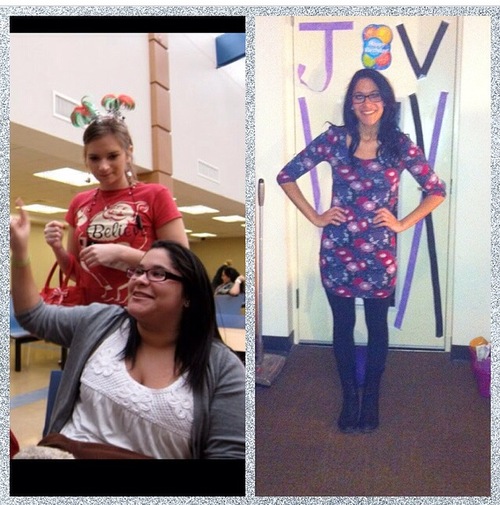 So I know people are the cliche with the exercise and diet but it actually worked! I didn’t start my journey until the summer before I went to college back in 2012, and being a sophomore now I couldn’t be any happier that I actually decided to go through with it. Trust me my journey wasn’t easy, but in the beginning I was able to lose 40lbs, and then it took a while for another twenty and so on. My weight has gone up and down from a range of 130 to 124, and then to 115 and then back to 124. And Finally I’ve maintained my weight of 115lbs since the summer of 2013 until now. So trust me don’t ever give up and don’t freak out if you gain weight. It happens and you can just move on from it and just keep going what you’re doing!