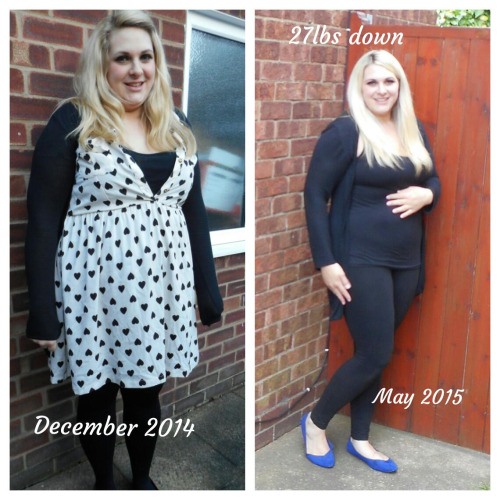 It’s definitely ‘before and during’ as I have a lot left to lose (as you can probably tell). I’ve lost almost 2 stone in 6 months, it’s not been as fast as I’d like but progress is progress and making these little comparison collages really spurs me on.

I’d like to have lost a total of 50lb by my son’s first birthday (13th Nov) so I feel I’ll have to step up my game in order to achieve this. I’m hoping to lose 75-100lbs in all but I just figure I’ll know when I get there so I’m not committing to any figure in between there just yet.

It’s…
Tags: Weight loss, Fat loss, Before and after photos.